But it’s not official till you’ve seen the coca cola advert. Here at Benny Rens HQ I’ve been stirring up a Christmas whirlwind. I see baubles and bells and wool galore! I’ve been making christmas wreaths 🙂 they are inspired by the many christmas decoration shops I’ve been to already… 4 infact… And it’s not even December! Addicted? Me? anyhoooo…. The idea came from my spring wreath I made which I used attic24’s inspiration, it came out so well I decided to make a whole bunch for others to enjoy 🙂 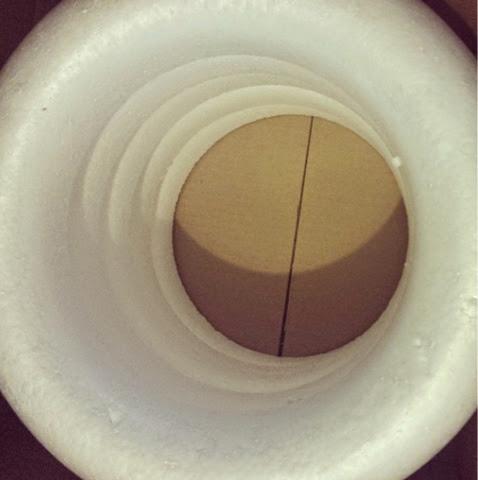 They start life like this. So sad and unloved. I buy these poly wreaths in bulk so they work out cheaper, but you can get them from ebay, hobbycraft and the like. These are 35cm half dome wreaths, I like this size mostly because it’s the biggest you can get and it gives me a good surface to work with.
Then they get covered. For this I use two different methods. Both involve crochet 🙂 of course.  I’ll save the other method for another day, otherwise it will just get confusing!
So the first involves making a long scarf 🙂 it’s just over 100 rows, basically until it goes around the outter edge of the ring. It’s 30 stitches wide and I start with a ch32 it’s all hdc (htr if using English). I used drops Paris. Mostly because it’s my favourite 🙂 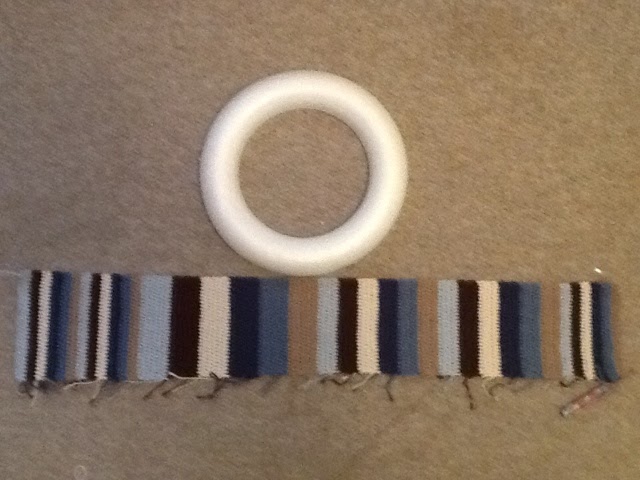 Then it gets joined into a large loop and stretched over the ring and sewn at the back, tucking in any unwanted ends. It almost seems like it’s not going to work, but aslong as your strips all match up, you’re onto a winner. 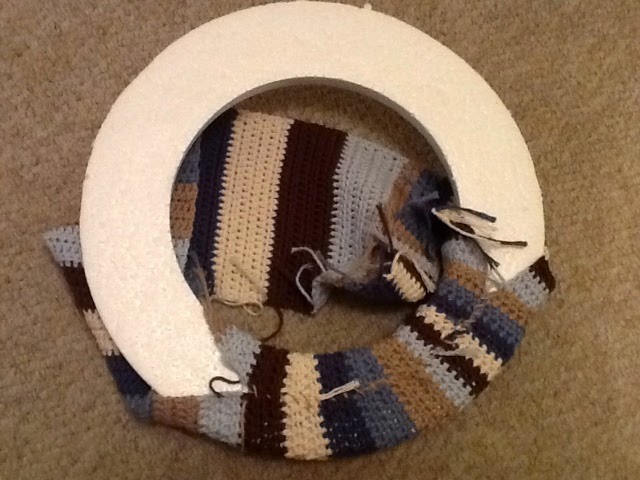 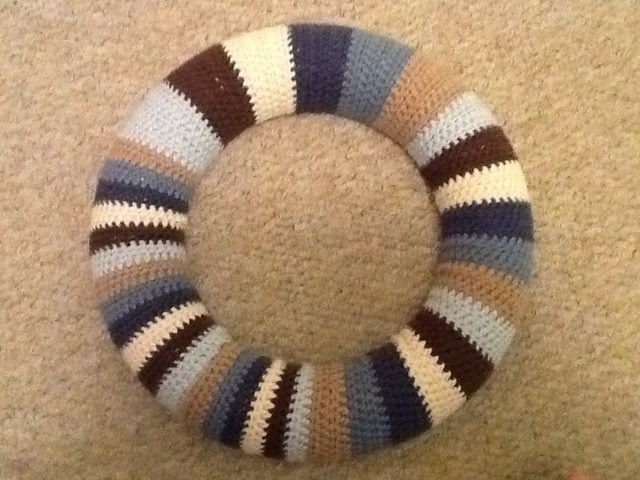 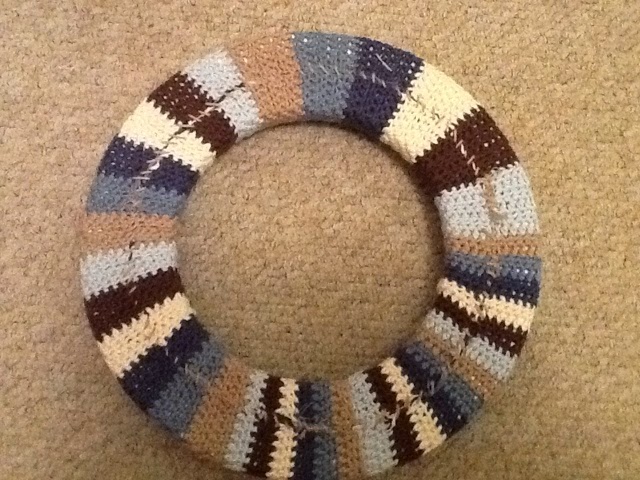 So now to decorate. I like to keep it simple, on these wreaths. I want to see the crochet! 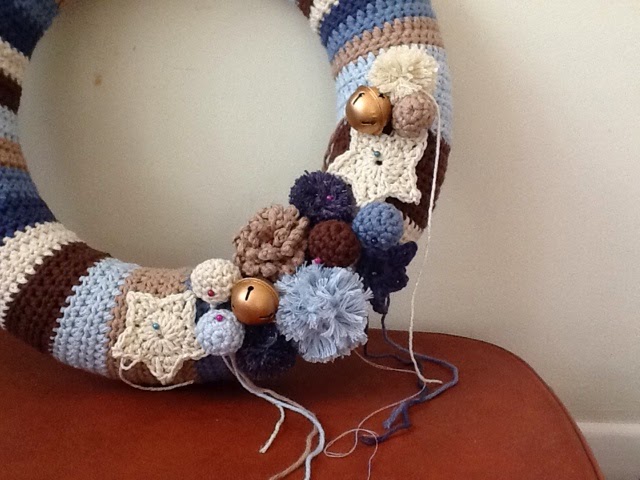 Leave long tails to sew it on, but if your feeling it’s not secure enough, grab your glue gun. If it’s going outside, I’d recommend a waterproof spray. I invested in a clover pompom maker pack. I figured it would be quicker and give a neater less mess approach 🙂 So I went ahead and made another… And it won’t be the last 😉 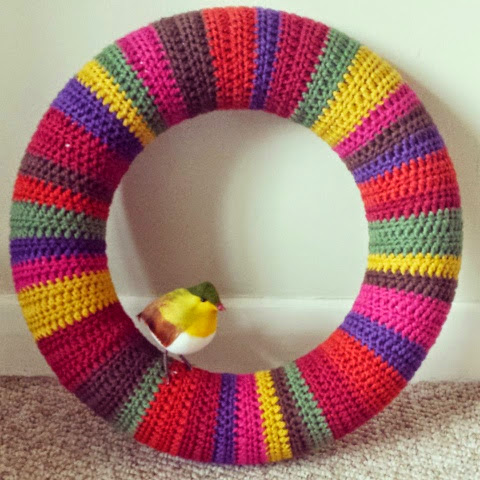